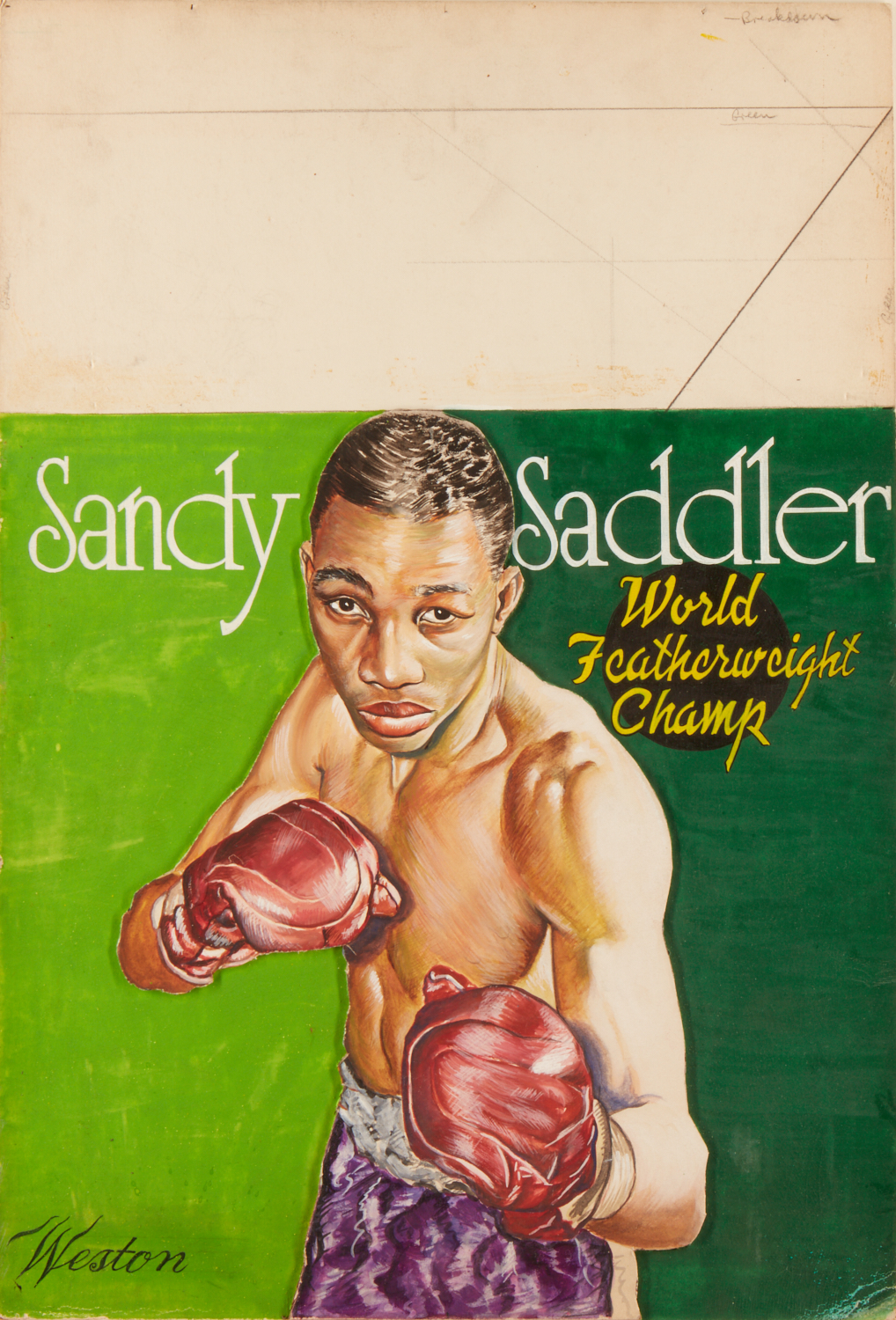 Sandy Saddler was an American boxer and world featherweight and super featherweight champion. He was feared for his punching power and was the only featherweight to score over 100 knockouts. He fought the Italian-American world champion Willie Pep, who was famous for his defensive skills, a total of four times, winning three of the fights. His record was 145 wins in 163 fights with 16 losses and 2 draws. Sandy Saddler was inducted into the International Boxing Hall of Fame in 1990.