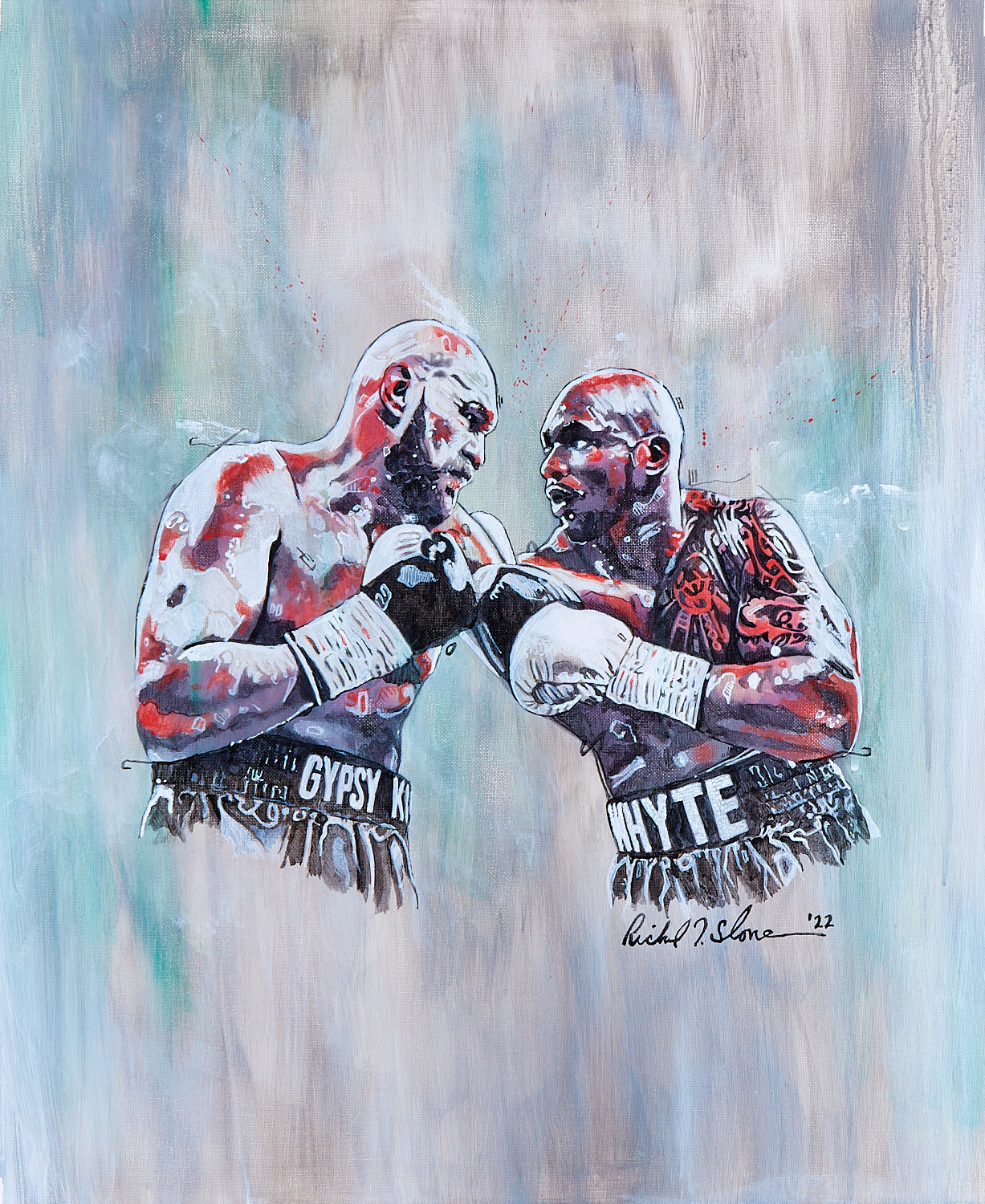 The fight between title holder Tyson Fury and mandatory challenger Dillian Whyte for the WBC world heavyweight title and The Ring heavyweight title was held on 23 April 2022 at Wembley Stadium in London before a record crowd of 94,000 onlookers. Attendance at the fight was the highest of all time for a boxing match in the United Kingdom, and the highest so far for any boxing match in the 21st century.

The first 85,000 available tickets were sold out within three hours.

The fight was auctioned through purse bid, and brought in the astounding sum of 41,025,000 US dollars, the highest purse bid ever offered for a boxing match. British promoter Frank Warren of Queensberry Promotion, who has Fury under contract, won this historic bid together with co-promoter Top Rank. His British rival Eddie Hearn of Matchroom, who is working with Whyte, presented a bid of USD 32,222,222, the second-highest bid in boxing history.

Tyson Fury won the fight by technical knockout after landing an uppercut in the sixth round.

The fight was broadcast by pay-per-view in the UK by BT Sport Box Office and has recorded well over 700,000 sales.