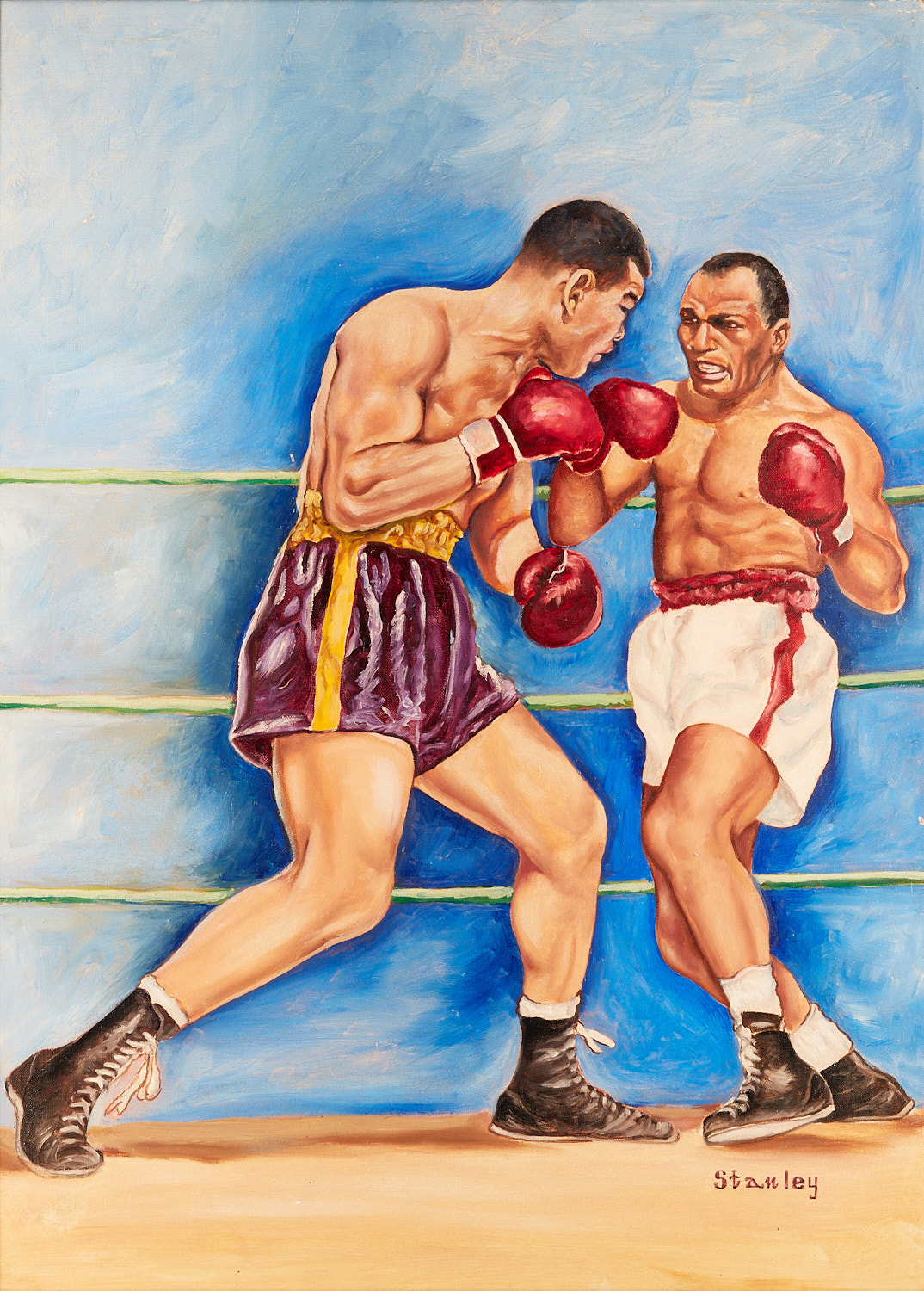 Joe Louis and Jersey Joe Walcott faced off twice for the National Boxing Association world heavyweight title. Joe Louis, the world heavyweight champion, faced a challenge from Jersey Joe Walcott on 5 December 1947, at Madison Square Garden in New York. Louis won the fight by split decision after 15 rounds. Around one year later, on 25 June 1948, the two fighters met for a rematch at Yankee Stadium in the Bronx. Louis won the rematch as well, this time by KO in the eleventh round.

American boxer Joe Louis was the world heavyweight champion from 1937 to 1949. During this period, he dominated heavyweight competition, with 26 successful title defenses, making him the boxer with the longest uninterrupted reign as world champion. He is considered one of the greatest boxers of all time and appears on every list of the “all-time greats.” His boxing record shows 66 wins in 69 fights, with 3 losses.

Both Joe Louis and Jersey Joe Walcott were inducted into the International Boxing Hall of Fame in 1990.