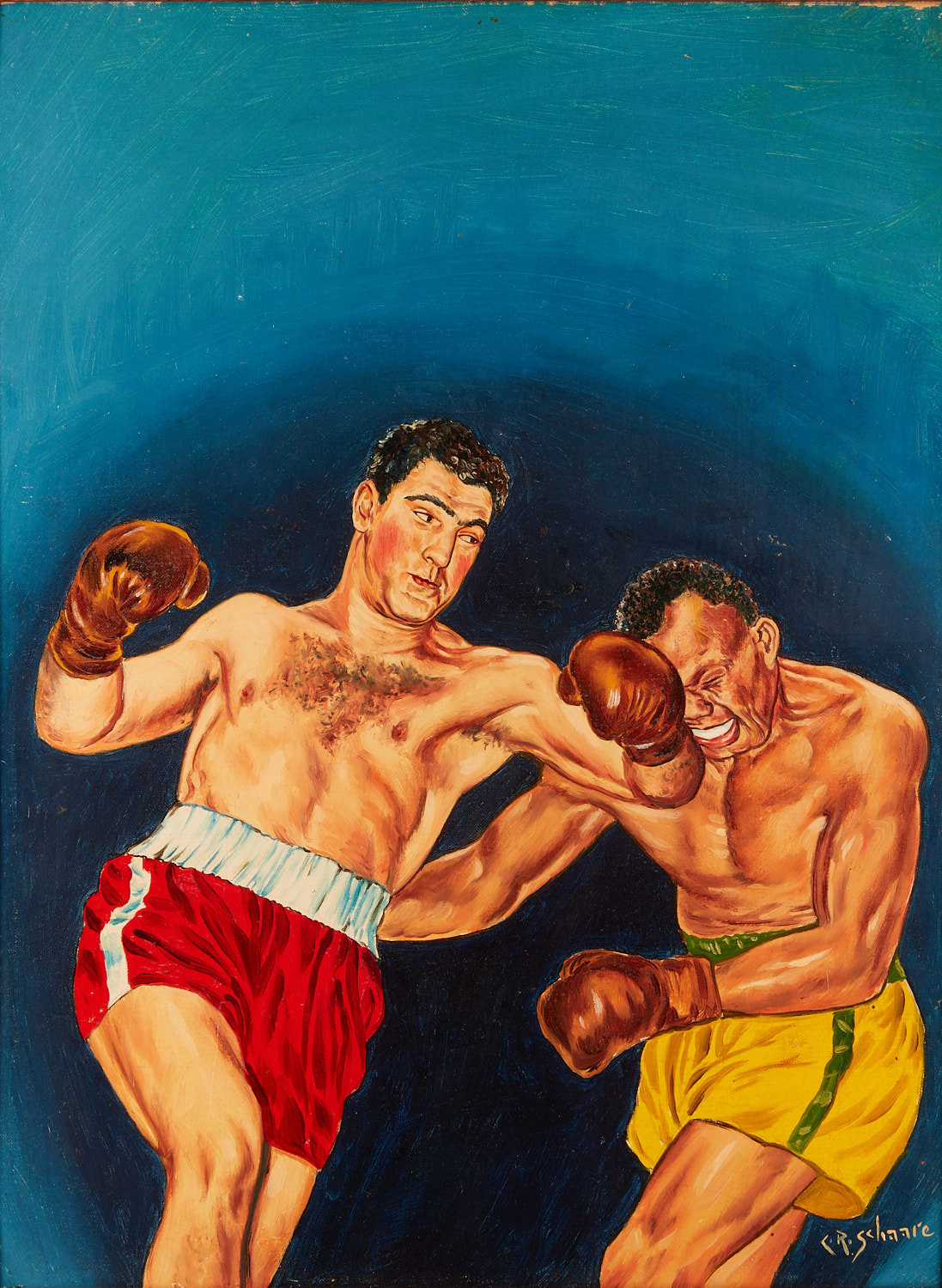 Rocky Marciano and Jersey Joe Walcott faced off twice for the National Boxing Association world heavyweight title. Rocky Marciano first challenged Walcott for the world heavyweight title on 23 September 1952, at Municipal Stadium in Philadelphia. Marciano won the fight by KO in the 13th round. The rematch, held on 15 May 1953 in Chicago Stadium, was also won by Marciano, this time by scoring a clear knockout in the first round.

Marciano, an American boxer of Italian descent, was the world heavyweight champion from 1952 to 1956. In his 49 fights (49 wins), Marciano had 43 knockouts, for a knockout-to-win ratio of 87.76%, the highest of all heavyweight world champions in the history of professional boxing. Marciano ended his career as the first undefeated heavyweight world champion and is considered one of the most successful boxers in the history of the sport, by virtue of this accomplishment as well as his high knockout-to-win ratio. Marciano died in an airplane crash on the day before his 46th birthday.

Both Rocky Marciano and Jersey Joe Walcott were inducted into the International Boxing Hall of Fame in 1990.