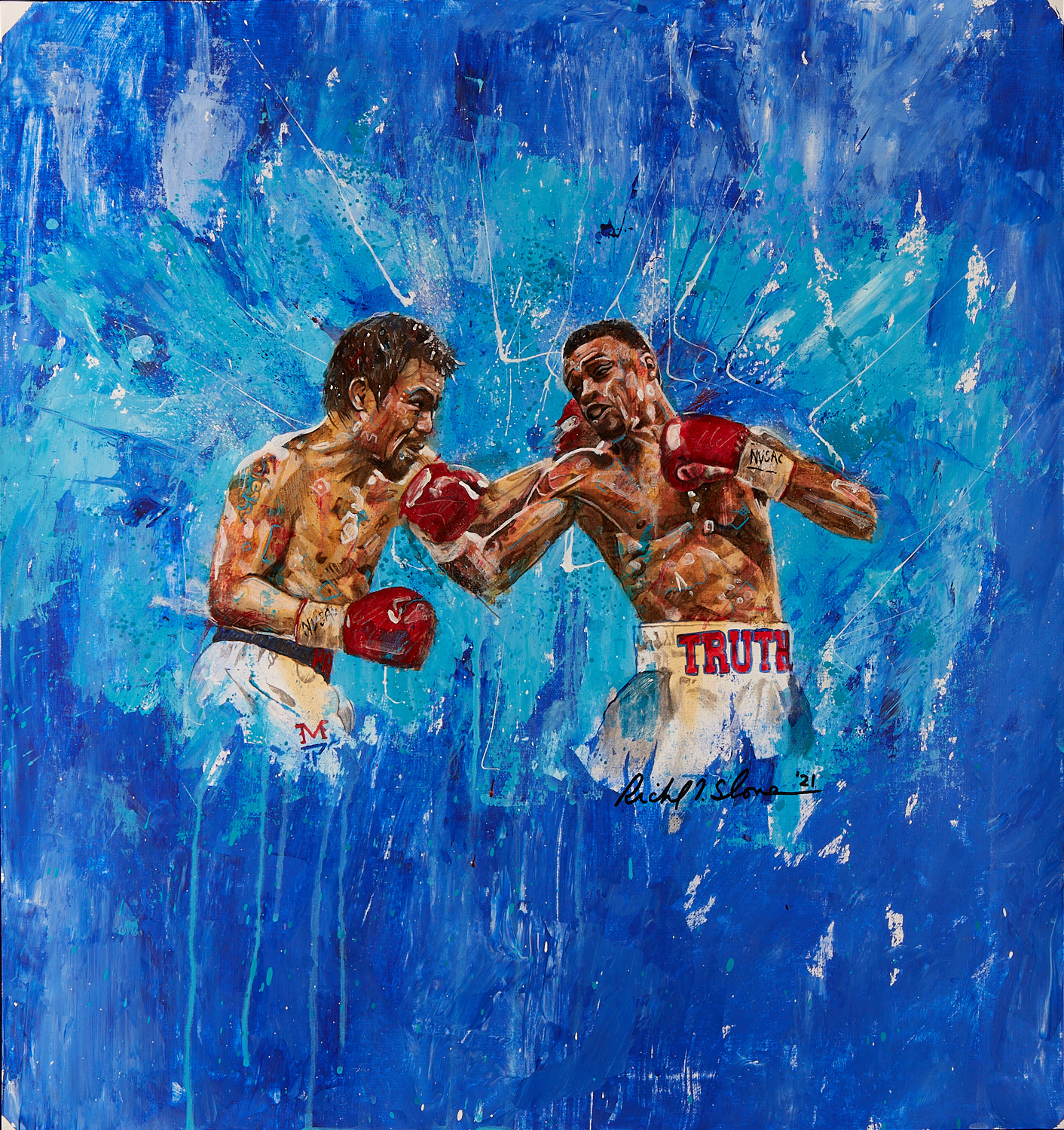 There was such excitement and anticipation from boxing fans when all-time legend Manny Pacquiao, the Filipino icon, who has set several boxing records, including winning world titles in eight weight divisions, winning the lineal title in five weight classes, and holding belts in four different decades, agreed to face unified welterweight champion Errol Spence Jr, who, at age 31, was 11 years younger than the Pacman. With their crowd-pleasing styles and a willingness to face all comers, most expected a terrific fight between the southpaws despite the age difference, and that Pacquiao would be coming off a two-year layoff following his tremendous performance in a 2019 decision over then-unbeaten Keith Thurman to take his welterweight title. Pacquiao-Spence was set for Aug. 21 at T-Mobile Arena, where many major Las Vegas fights have taken place in recent years. And then, just 11 days before the bout, Spence was forced to withdraw when he was diagnosed with a torn retina in his left eye during a routine pre-fight medical exam. Spence would undergo surgery and Pacquiao agreed to instead face welterweight titlist Yordenis Ugas, who was set to defend on the undercard. But Ugas’ opponent, Fabian Maidana, also was forced off the card due to a cut suffered in a sparring session, leaving him also in need of a dance partner. So, Pacquiao and Ugas faced each other in the new main event and Ugas, largely unknown but very talented, scored an upset unanimous decision victory that may have brought Pacquiao’s illustrious 26-year career to a close. If that is the case, one question we will never know the answer to is who would have won, Pacquiao or Spence? It may have been a fight for the ages.