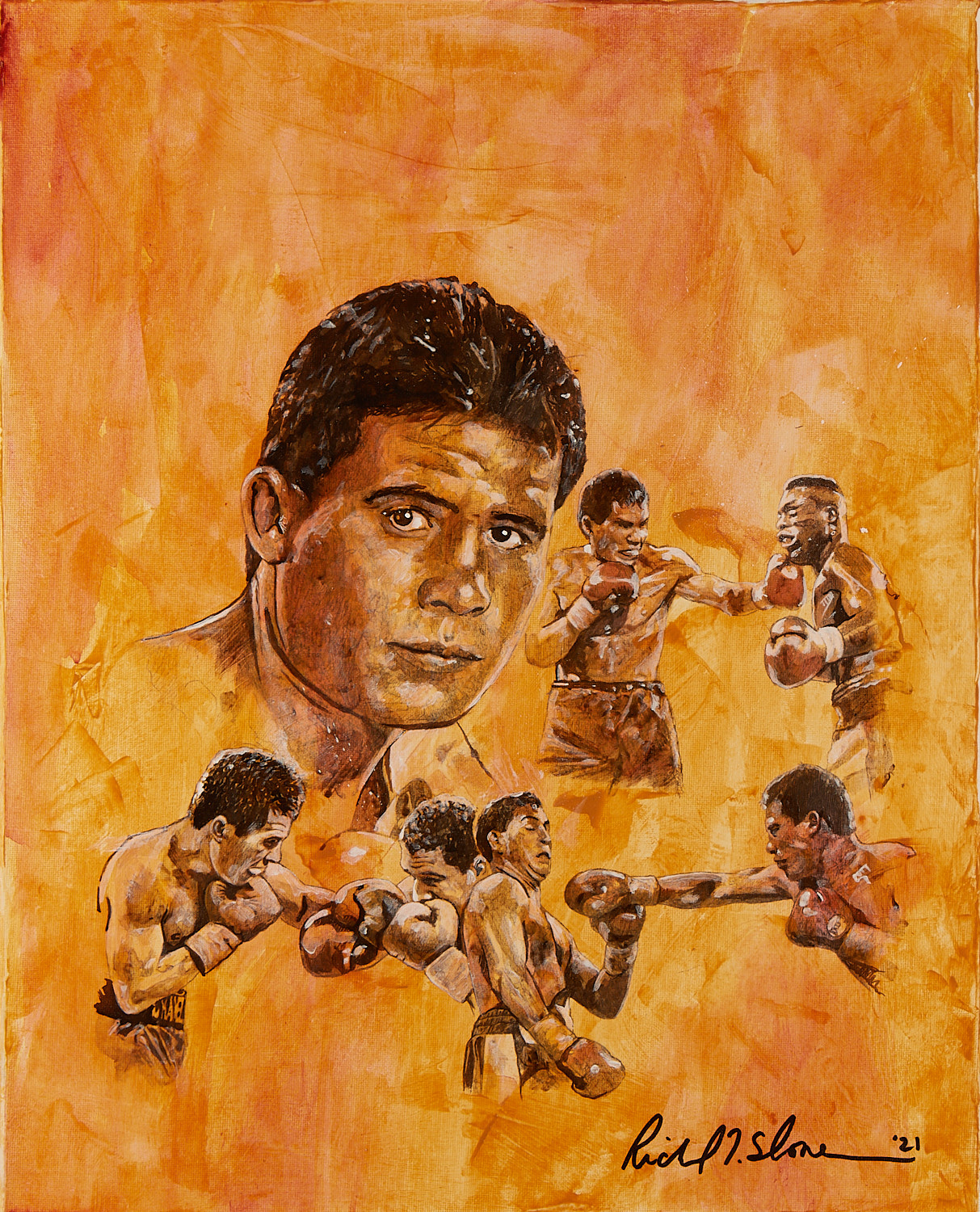 If ever there was a living legend in boxing, a man who means everything to his country’s fight fans, it is Julio Cesar Chavez, who attacked opponents with abandon and wore his heart on his sleeve. Not only is he widely considered the greatest fighter ever from Mexico, which has produced numerous world champions and Hall of Famers, but one of the best fighters ever regardless of nationality. Beyond his ability, Chavez won the hearts of his people and boxing fans everywhere because he fought everybody, never backed down from a challenge and made exciting fights. How revered was Chavez? His 1993 junior welterweight title defense against Greg Haugen at Mexico City’s Estadio Azteca drew the all-time record boxing crowd of 132,247. It still stands. Chavez epitomized what it meant to be called a “Mexican warrior.” He was a fighter to his core that was happy to take three shots to land one. He battered opponents to the body with left hooks and broke them down throughout a 25-year career that spanned 1980 to 2005. He finished 107-6-2 with 85 knockouts but was unbeaten in his first 90 fights (89-0-1, the draw being the all-time controversial result versus welterweight champion Pernell Whitaker, who virtually everyone had winning). Chavez won world titles in three weight classes (junior lightweight, lightweight, junior welterweight) and participated in several classic and dramatic fights. He was a remarkable 31-4-2 with 21 knockouts in world title bouts and defeated notable opponents such as Mario Martinez, Rocky Lockridge, Juan Laporte, Edwin Rosario, Jose Luis Ramirez, Roger Mayweather, Meldrick Taylor, Hector Camacho and Frankie Randall (to avenge his first loss and regain the junior welterweight title). Chavez’s first fight with Taylor, to unify junior welterweight titles, is considered one of the most dramatic fights in boxing history. Chavez was trailing going into the 12th round but dropped and stopped Taylor with two seconds left in the most controversial stoppage in history. It was the 1990 fight of the year, the 1990s fight of the decade and the most memorable bout in a career filled with them.