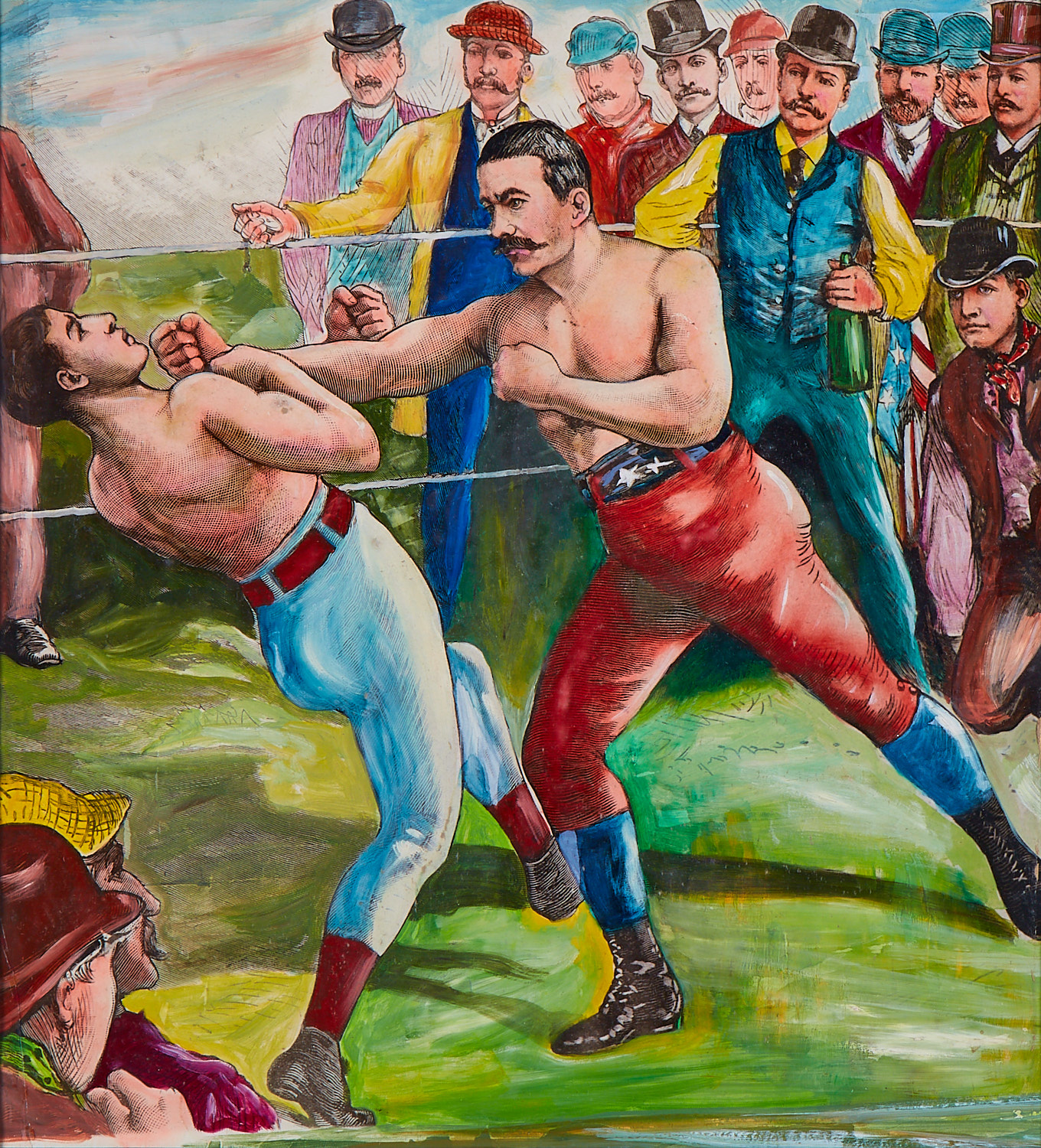 John L Sullivan and Charley Mitchell faced off twice. Their first fight took place on 14 May 1883 at Madison Square Garden in New York. Although Mitchell was able to knock Sullivan down in the first round, for the first time ever, Sullivan dominated the fight after that. The enraged Sullivan battered Mitchell hard in the second and third rounds, until the police stopped the unequal fight as Mitchell hung on the ropes, completely helpless. Their second fight took place on 10 March 1888 in Chantilly, France, ending after 39 rounds when both fighters agreed to a draw. The bout lasted no less than three hours and 11 minutes.

The second fight was held according to “London Prize Ring Rules,” as can be seen in the image, i.e. it was a bare knuckles fight with no boxing gloves and no protection, and is therefore not recorded by boxrec as an official fight.

John Lawrence Sullivan was an American boxer and the first official world heavyweight champion in boxing history. He made a name for himself in both bare knuckles fighting and in the gloved boxing common today. On 28 August 1885 in Cincinnati, he defeated Dominick McCaffrey in seven rounds, in a match fought according to the Queensbury Rules, to become the first recognized world heavyweight champion. He was able to defend his title for seven years before being dethroned on 7 September 1892 by Jim Corbett, an American boxer of Irish descent, in a fight which lasted into the 21st round.

His boxing record according to the Queensberry Rules shows 38 wins in 41 fights, with one draw and one loss.
Sullivan was inducted into the International Boxing Hall of Fame in 1990.

Charles Watson “Charley” Mitchell was an English boxer and a contender for the world heavyweight title.

His boxing record according to the Queensberry Rules shows 26 wins in 49 fights, with 10 draws (many without scoring) and three losses.

Mitchell was inducted into the International Boxing Hall of Fame in 2002.