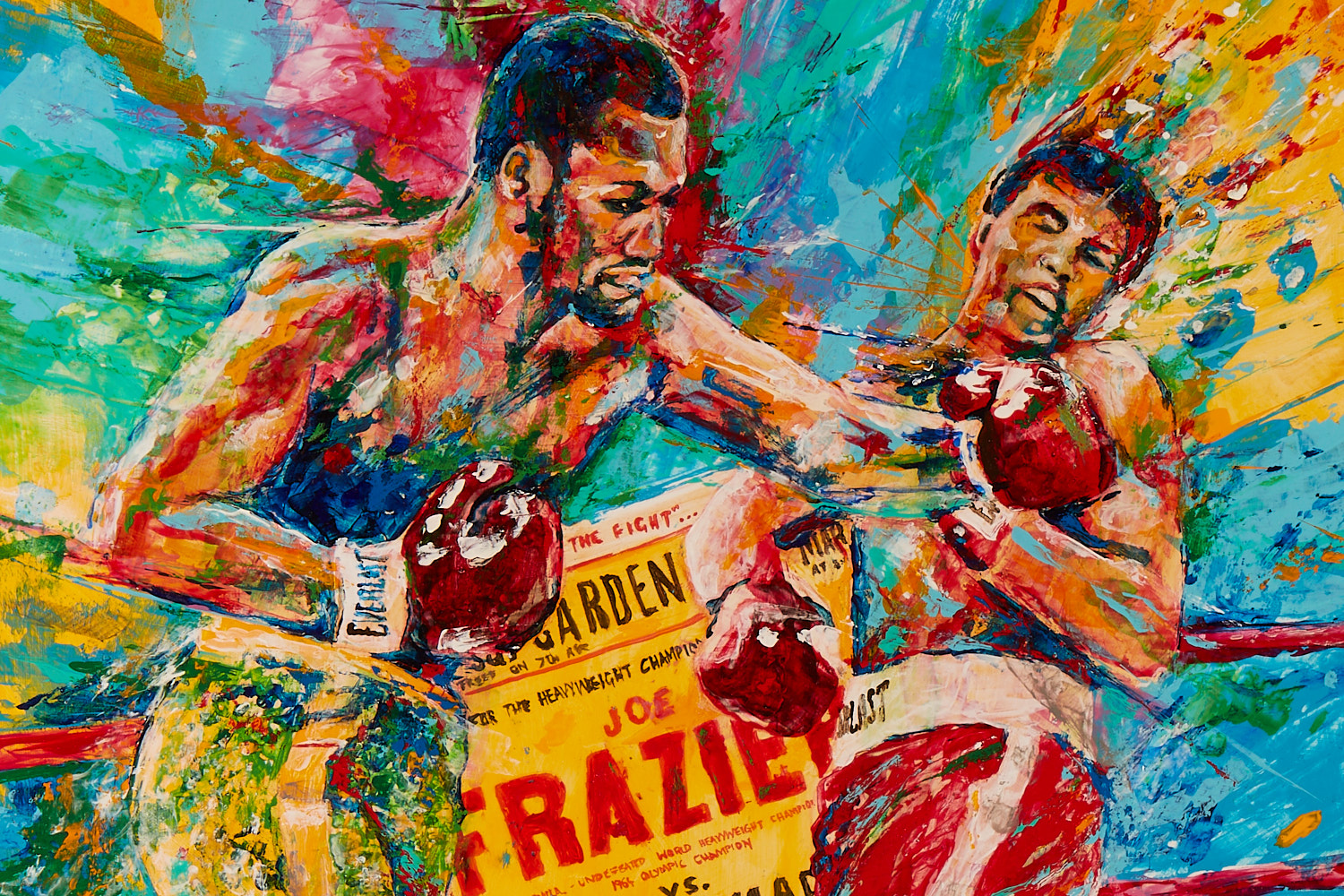 There are fights, big fights, mega fights and then there is Ali-Frazier I, perhaps the single most legendary bout in boxing history. It was hugely significant, captured the imagination of the world and turned out to be tremendously exciting and competitive. On the night of March 8, 1971, the world essentially came to a stop and focused its attention on a ring inside famed Madison Square Garden in New York, where Muhammad Ali and Joe Frazier, both undefeated fighters with claims to the heavyweight championship, met for the first time in their historic trilogy. The bout was dubbed the “Fight of the Century.” Exaggeration is expected in boxing but that nickname may have undersold the magnitude of this collision of all-time greats. Ali was 31-0 with 26 knockouts, but he had been stripped of the title in 1967 and suspended for 3½ years for his refusal on religious grounds to be inducted into the United States Army and be sent to fight in Vietnam. During Ali’s absence the hard-charging left-hooker Frazier, who was 26-0 with 23 KOs, won the vacant title. When the braggadocios Ali returned and won two fights, the showdown with the more reserved Frazier for supremacy was inevitable. Each man would be paid a guaranteed $2.5 million, an unheard of amount and the biggest payday ever to that point for any athlete or entertainer. The Garden was filled with celebrities, such as Frank Sinatra, who famously was ringside taking photos for Life magazine. It does not happen often but the fight exceeded the massive hype as Ali and Frazier delivered a spectacle for the ages. Frazier, who applied constant pressure, was ahead by the late rounds but any doubt about who would win was put to rest early in the 15th and final round when Frazier went to his calling card hook and landed one squarely on Ali’s jaw to knock him down. “Smokin’ Joe” would win a unanimous decision to retain the title, and although Ali would win the second and third fights, it was Frazier who had his hand raised after the biggest one of them all.