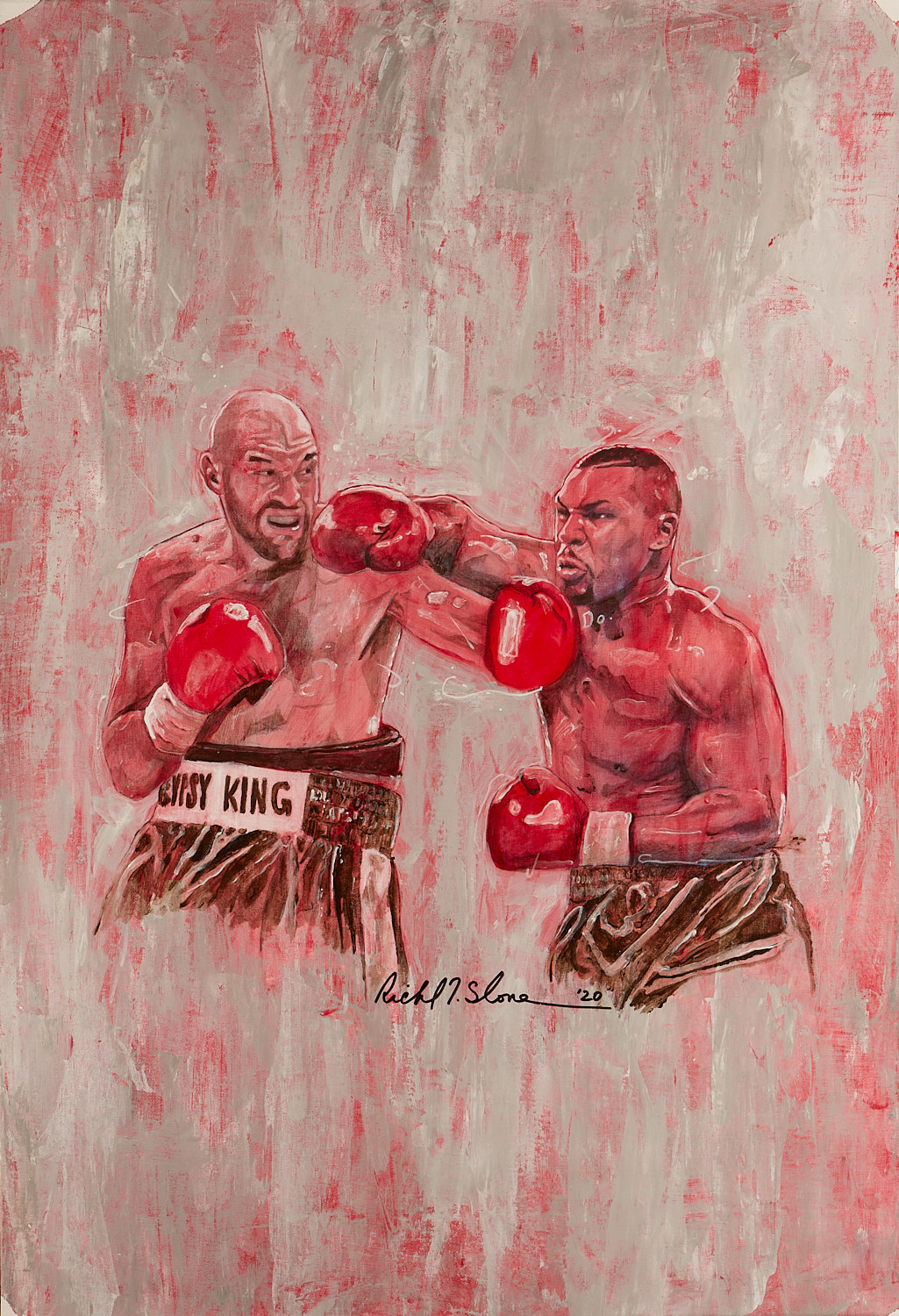 It was June 27, 1988 at Boardwalk Hall in Atlantic City, New Jersey, where Mike Tyson annihilated Michael Spinks in 91 seconds to retain the undisputed heavyweight championship and seized the lineal title in the richest fight in boxing history to that point. It was the night on which Tyson reached the apex of his legendary career as the “Baddest Man on the Planet.” That version of Tyson may well have beaten any fighter who ever lived. Less than two months later, on Aug. 12, 1988, Tyson Fury was born three months premature. John Fury, his father and a fighting man himself, named the child Tyson, after Mike, believing his boy was a fighter like the reigning heavyweight champion. Tyson Fury not only survived the premature birth but grew up to be a mountain of a man and eventually followed in Mike’s footsteps as world heavyweight champion, both greats of their eras. Fantasy fights are always a part of boxing conversation and nothing stokes emotion more than arguing and debating who might win such a showdown in which the correct answer is impossible to ascertain. Certainly, Mike Tyson against Tyson Fury falls into the category of alluring fantasy fights. Who would win at their best? Would it be the blazing fast Iron Mike, who intimidated so many foes, including several who were much bigger than him, before they even stepped into the ring? And that was before he proceeded to land bombs with both hands en route to an inevitable knockout. Or would it be the much bigger Gypsy King, a fearless fighter with tremendous speed, excellent power and shocking quickness and co-ordination for a man 6-foot-9 and 270 pounds, who might get knocked down but always rise to ferociously fight back? The right answer is known only to our imagination.