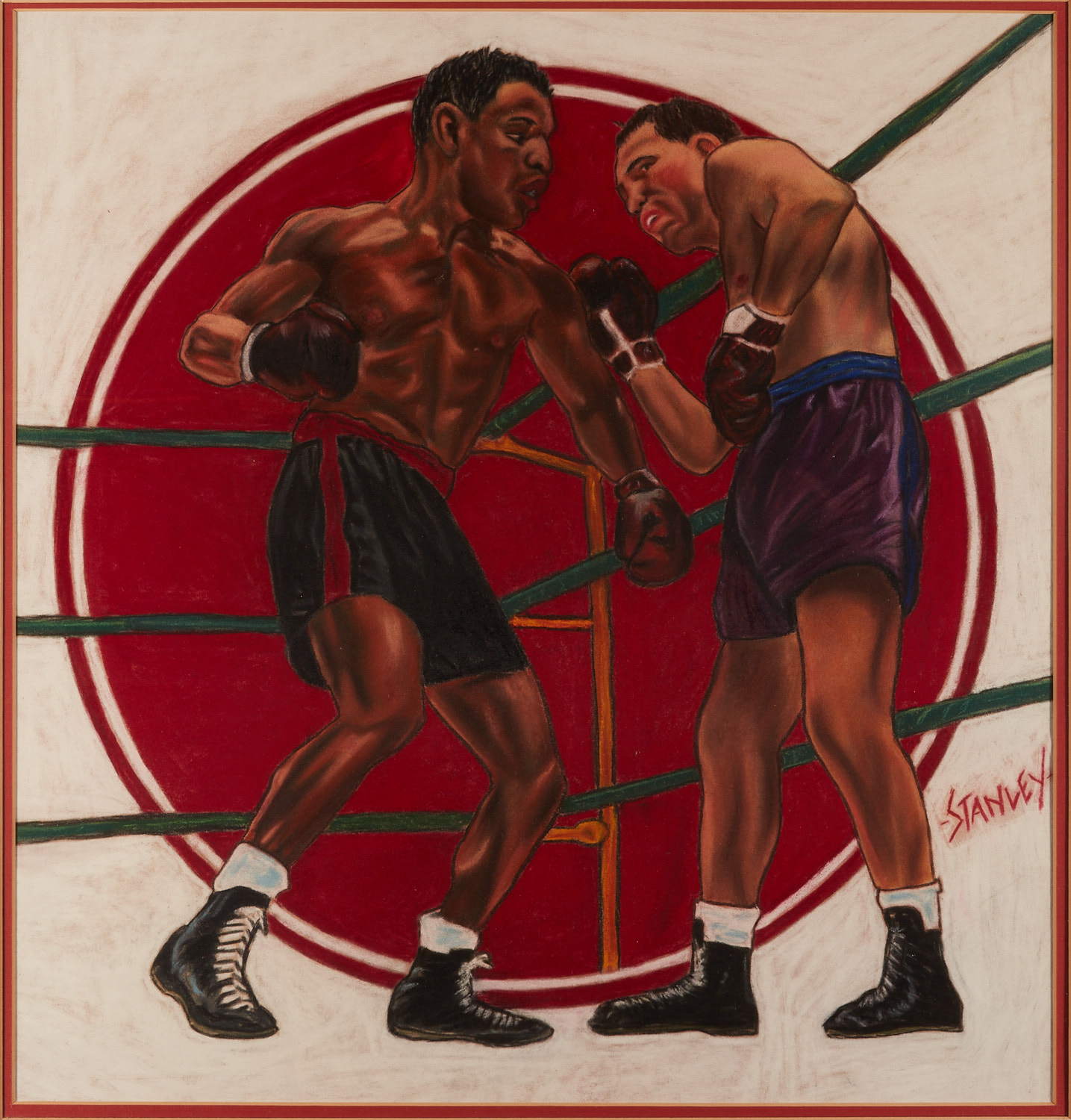 The American boxers Henry Armstrong and Lou Ambers fought each other twice. Their first bout took place on 17 August 1938 in New York’s Madison Square Garden. Henry Armstrong, considered one of the best boxers ever across all weight classes, won the fight by majority decision after 15 rounds. But at the rematch for the world lightweight title, held around one year later, on 22 August 1939 at Yankee Stadium in the Bronx, Ambers won by unanimous decision after 15 rounds. In this fight, the referee deducted 5 points from Armstrong’s score for blows below the belt.
The New York Times wrote as follows at the time: “The title was not won on competition alone but on fighting rules and ethics. Four of these rounds Armstrong won on competition alone without a doubt…. On this observer’s scoresheet Armstrong was the victim of an injustice.”

This was Armstrong’s only loss in the period from 1937 to 1940. Armstrong was the featherweight, lightweight and welterweight world champion in 1938.

The first bout between Armstrong and Ambers was chosen as Fight of the Year for 1938 by The Ring Magazine.

Armstrong was inducted into the International Boxing Hall of Fame in 1990 and Ambers in 1992.