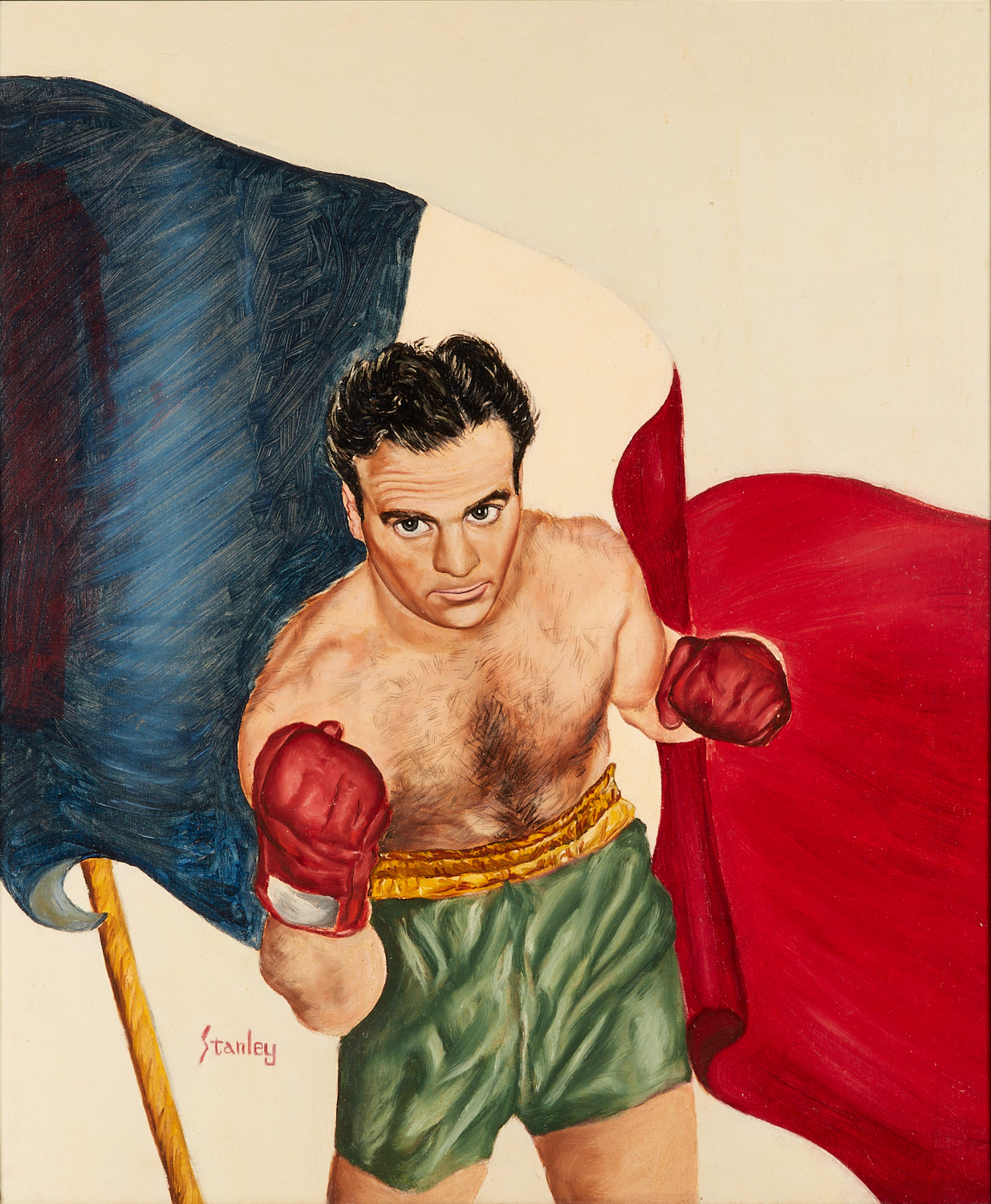 Marcel Cerdan was a French professional boxer and the middleweight world champion from 1948 to 1949. He is considered by many boxing experts to be the greatest French boxer ever and one of the best boxers to learn his craft on the African continent. Cerdan was born in Algeria and took part in many fights in Algeria and Morocco. His life was shaped by his athletic success, his social lifestyle and, ultimately, by his tragic death in an airplane crash.

On 21 September 1948, Cerdan captured the WM title by defeating the American boxer Tony Zale, best known for his three fights against Rocky Graziano, of which Zale won two. The Ring Magazine called the fight between Cerdan and Zale the fight of the year for 1948. In the same year, Cerdan was chosen as French athlete of the year by the sports magazine L’Équipe.

During his brief time as world champion, Cerdan became well-known in the Paris social scene. Although he was married with three children, he had an affair with the famous singer Édith Piaf, which lasted from summer 1948 through his death in autumn of 1949. Piaf dedicated one of her most famous songs, Hymne à l’amour, to Cerdan.

Cerdan lost his title in his first title defence against Jake LaMotta. Cerdan’s shoulder was injured when he was wrestled to the ground in the first round, after which he could only fight with one arm. He conceded the match in the tenth round.

It would be the last fight of Cerdan’s life. A contract was signed for a rematch and Cerdan was to enter a training camp to prepare for the fight. But before camp began, he flew to New York to visit Piaf, who was performing there. The aircraft crashed upon approaching Santa Maria airport in the Azores.

Cerdan was inducted into the International Boxing Hall of Fame in 1991.